Every great story has a beginning.

It began in a small town in Bavaria (Germany) by the hand of Adolf Dassler and his brother Rudolf Dassler.

This began in Dassler brothers mother´s kitchen creating the seed of what would later become Adidas. At this first step in their business career they called it "Gebrüder Dassler Schuhfabrik" which means something like the shoe factory of the Dassler brothers. This was in "interwar period"  about 1924 and their main mission was to provide athletes of those times the best equipment and sports materials, and gold medals in Amsterdam (1928, Lina Radke) and Berlin ( 1936, Jesse Owens) were the first rewards and milestones.

After some discrepancies between them, the brothers dissolved the brand and each of them started their own business path.

Rudolf created Puma, the famous brand of Sneakers, and Adolf an active and restless mind abbreviated and joined his name creating one of the most recognized brands worldwide, ADIDAS. The name of ADIDAS comes from the diminutive of Adolf "ADI" and the abbreviation of his surname Dassler "DAS".

Since its beginnings in 1949 the three stripes have been its logo, but was in 1972 when they merged the 3 laurel leaves with the 3 stripes creating the logo known worldwide as "trefoil" and has become an icon of the street culture .

Currently the Adidas Originals division has become the banner of the Brand.

This division feeds on the past and fuses it with the current being intimately linked to the "Street Culture", that is, not only the athletes can wear these clothes.

No matter what a music group such as a graffiti artist, a casual or a breakdancer, everyone feels identified and clothed wearing Adidas originals. Adidas Originals winks to the past by continually re-modeling sneakers and sneakers. Legendary models such as Stand Smith, Gazelle, Samba and even Superstar are still popular among people of all cultures, socio-economic levels, etc.

Adidas is a historic brand within the sports industry and undoubtedly one of the benchmarks in the world of skate shoes. As such, it has managed to enter the skateboard industry and consolidate itself as one of the leaders in a short space of time.

With a more than complete team, with riders like Miles Silvas, Rodrigo Tx or Dennis Busenitz, Adidas has been gaining weight and looking for a place to be among the top brands of skateboarding.

Models like the Campus, Busenitz or Matchcourt have managed to conquer us both in quality and comfort when it comes to skating.

With a clean image, it represents one of the best brands in the world of skateboarding.

Adidas is always the best choice.

ADIDAS
B22739
€53.97 €89.95
Time left
The Adidas Skateboarding Skate Shoe Samba Model is a Soccer fiftyes icon reissued for the Skateboard.

ADIDAS
EF0091
€58.46 €64.95
Time left
The 3MC Adidas Skateboarding Skate Shoe is destined to become an icon of the Skateboard.
View

ADIDAS
EE6100
€45.47 €64.95
Time left
The 3MC Adidas Skateboarding Skate Shoe is destined to become an icon of the Skateboard.
View

ADIDAS
EE6112
€44.98 €89.95
Time left
The 3MC Adidas Skateboarding Skate Shoe is destined to become an icon of the Skateboard.
View

ADIDAS
BY3928
€47.97 €79.95
The Adidas Skateboarding Skate Shoe Samba Model is a Soccer fiftyes icon reissued for the Skateboard.

ADIDAS
B22738
The Adidas Skateboarding Skate Shoe Samba Model is a Soccer fiftyes icon reissued for the Skateboard.
View 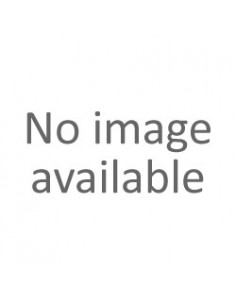 ADIDAS
BY3935
€54.42 €108.84
Time left
The Adidas Skateboarding Shoes Suziu Model is a rebuilt icon for the Skateboard.
You need to login or create account

Save products on your wishlist to buy them later or share with your friends.